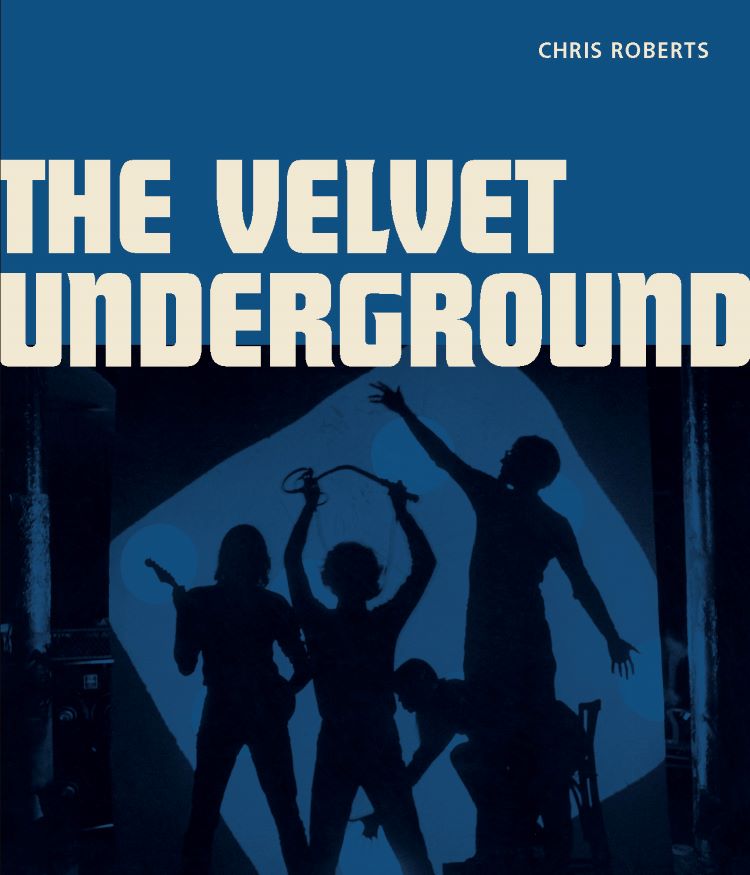 The Velvet Underground
Chris Roberts
Published by Palazzo Editions
7th April 2022
Hardback £14.99 | 8pp colour insert | ISBN 9781786751133
The fascinating, multi-faceted story of
perhaps the most mysterious and
unique rock band ever to exist.
Over half a century since they exploded inevitably onto New York’s underground music and
art scenes, the legacy and mythology of The Velvet Underground continues to resonate and
grow, as new generations embrace their enigmatic command of the darkest strain of
alternative cool.
Lou Reed, John Cale, Nico, Sterling Morrison and Moe Tucker, with the naïve
encouragement of Andy Warhol, created a world of music, words and scenes which blew up
the notion of the peace-and-love sixties and tapped into a nocturnal milieu of art,
literature, drugs, sex and decadence. Their albums survive as caustic classics, among the
most influential records ever made.
Not only did author Chris Roberts interview the late Lou Reed three times, he was also once
told, “Move – you are sitting on my coat” by the unmistakable voice of Nico, backstage at a
gig. Here he recounts and celebrates the fascinating, multi-faceted story of perhaps the
most mysterious and unique rock band ever to exist. A complex, contrary, clashing set of
characters who came together to start fires while drawing down darkness, The Velvets’
legend will forever run run run.
AUTHOR CHRIS ROBERTS has written about music, films, and art for innumerable
magazines, newspapers and other outlets. He has published books on Lou Reed, Elton John,
the Gothic arts, Talk Talk, Kate Moss, Scarlett Johansson, Abba, Tom Jones and others. His
book on pop fandom, Idle Worship, was hailed by the New York Times as “the most original
book about rock ’n’ roll ever.” Among his interviewees over the years have been David
Bowie, Iggy Pop, Patti Smith, Debbie Harry, Bryan Ferry, Al Green, Tom Waits and Lou Reed.
Born in North Wales, he lives in London. 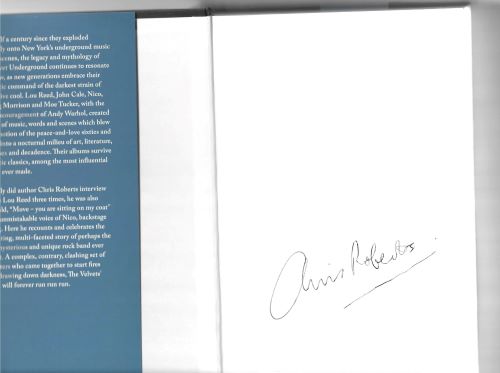 To win a  SIGNED HARDBACK copy of Chris' new book, just answer the question below;

Lou Reed made his recording debut in 1958 but can you name the single title (and band name) he co-wrote and played on that led to Lou meeting John Cale?

The answer was "The Ostrich" by The Primitives.

Competition now closed, thanks for entering!